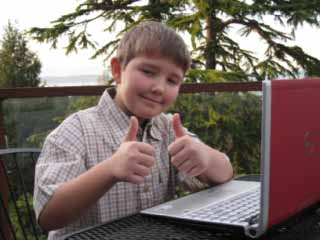 -C.K.O.A., Inc. is run by three young gaming masterminds know to the outside world as Dane Lucas (recently named the Coolest Kid in Seattle), K1 and K2 and a little help from Marley. The President, Mr. Lucas, thought of the first game, "Castle Wars" while on a trip through the wilds of Alaska. He spent many hours developing and designing the game and then presented the idea to K1 and K2 who decided to also come aboard. The company's second game will be called "Time Warp" which is currently in development. The company is also developing its third title "Monsters Hit & Run" and plans to develop many more great games in the future

Although the management team is still in school, they plan to continue developing these three video games and release them for a number of video game formats including the GameCube, the GameBoy and the internet.

June 2007 - The company hired L1 to be the company's head illustrator.

Below are descriptions of our three games in development: